Information Relating To The Siege

Why the Zulus could not win

Of course, the Zulus did not prosecute the siege in the manner of European armies of the time; they possessed no artillery and lacked the technology to allow them to undermine the British defences, nor did they launch any mass attacks on the post. The siege was none-the-less very effective; the Zulus surrounded Eshowe with a flexible cordon of patrols, who were able to summon reserves quickly and in sufficient numbers to threaten any British sortie. The fighting around Eshowe was characterised by constant skirmishing. The Zulus effectively neutralised Pearson's force by the simple expedient of daring him to leave his trenches and fight in the open – something which, in the aftermath of Isandlwana, no British commander was keen to do. 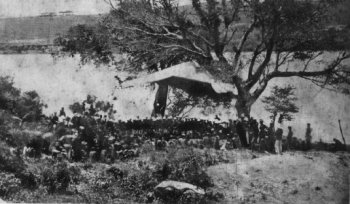 The Order to Siege Eshowe

On 31 December 1878 Chelmsford amended his orders to Pearson, instructing him to: ...advance as rapidly as possible, and occupy Ekowe so as to prevent the building being burnt. Having occupied that post, unload all your wagons and send back for supplies. Ekowe should be filled up as quickly as possible with as much commissariat stuff as you can cram into it. Place Ekowe in a state of defence, so as to be safe against any attack that may be made upon it. The men of the Active should be placed in it as garrison with such addition of redcoats and natives as you may consider desirable. The remainder should accompany the wagons back to the drift as an escort. The men should be allowed to ride in the wagons, and the return journey should be made if possible in two days... You will probably have to remain some time at Ekowe or rather between that place and Lower Tugela, as your column must not advance from there until the two left columns have made some progress. You will have plenty to do however and the troops, European and native, should be kept hard at work entrenching and escorting supplies or improving roads.

The KwaMondi Mission Station at Eshowe had been established in 1860 by Bishop Schreuder of the Norwegian Mission Society. The first missions had been established in Zululand almost thirty years before, but had foundered in the aftermath of Dingane's war with the Voortrekkers. King Mpande had allowed them to return largely for his own political reasons; he used them as a means of fostering contact with the white world to counterbalance the growing internal threat posed by his heir, Cetshwayo. The king had carefully considered the sitting of each mission, and it is no coincedance that there were no less than eleven in the coastal strip before the war began. The king preferred to keep them together, away from the real centres of Zulu royal power, and in an area both sparsely populated by blacks and already exposed to the white world. The origin of the name Eshowe remains obscure; it was originally pronounced ee-shaw-way, leading some analysts to suggest that it was an onomatopoeic word representing the whisper of the wind among the grass along the exposed hill-sides. Less romantically, it has also been suggested that it was a corruption of a Zulu name for a distinctive shrub which thrived in the vicinity. In any case, the Norwegians rendered it Ekowe, pronounced with a guttaral slur on the 'k' which made the name recognisably similar to the original Zulu; the British taking this name from the few maps of Zululand available in Natal, adopted this version of the name, but pronounced it literally. To the Zulus themselves, the post was known as KwaMondi, after the Christian name of its missionary, Ommund Oftebro. In fact, Christianity did not thrive in Zululand. The Zulu kings tolerated the missions, but were suspicious of any creed that preached an allegiance to a greater power than their own. In any case, the Zulus had a complex web of spiritual beliefs involving respect to the ancestral spirits, and a dread of withcraft. With its insistence on monogamy, a concept alien to Zulu society, Christianity had little to offer in competition. Most of the Zulu missions had therefore been settled either by immigrants from Natal, or by social misfits who had alienated themselves from Zulu society. The frustration felt by the Zulu missionaries was intense and, although wracked by their internal demoninational rivalries, they united in their hostility towards the Zulu Royal House, which they felt was blocking their efforts. In the 1870s as tension between Natal and Zululand had developed, the missionaries had openly called for armed intervention. Not unnaturally, their relationship with the king became strained as a result, and in 1877 most of them fled the country following a highly publicised attack on a Christian convert, Macumusela Kanyile, who was murdered on the KwaMondi mission land. King Cetshwayo apologised for the incident, which had almost certainly occurred without his consent, but the missionaries were convinced it was the first manifestation of a pogrom. They expected their abandoned property would be destroyed by the Zulus, but in fact it had been left intact. As a result, although neither Chelmsford nor his staff had seen the Eshowe mission, it was selected because of its situation along the projected line of advance, since the buildings offered potential storage for the huge quantities of supplies that would inevitably have to be stockpiled.

The South African ox-wagon was an enormous wooden beast, 18 feet long with a maximum rear axle span of 5 feet 10 inches. The rear wheel was over 5 feet in diameter, and the front wheel nearly 4 feet, and the wagon weighed nearly 3000lb. Fully loaded, it could carry nearly 8000lb on a good road – Zululand, of course, had no good roads, and the average load during the campaign was 3000lb – which were protected from the elements by a 'tent', a canvas sheet stretched over a wooden frame. Some wagons were half-tents – with only the back part protected – and others 'buck wagons', with no tents at all. These wagons needed an average of sixteen oxen to draw them, yoked in pairs, and two men to drive them, both usually Africans; a driver who sat on the box and directed the oxen with a long whip, and a voorlooper, who walked on foot and led them from the front. On the march an ox wagon and team would take up thirty-two yards, with a recommended interval of eight yards between vehicles, although with bad driving individual wagons often occupied as much as sixty yards of road space. 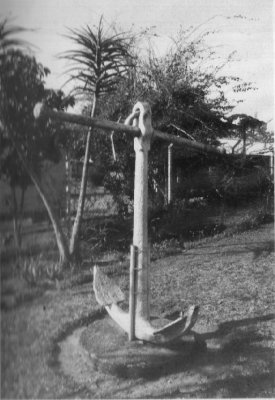 The strength of the Garrison

It is difficult to be precise about the exact strength of the garrison, since Pearson himself prepared three seperate listings during his stay at Eshowe, which did not always tally. He also generally ommitted to include the black wagon drivers and leaders who had remained at the fort. However, by comparing them with figures published in an article in Blackwood's Magazine later in 1879 – believed to have been compiled by Captain Pelly Clarke, 103rd Foot, who was serving as Pearson's senior transport officer – it is possible to arrive at a reasonable estimate: